STEVE GALLANT is married man with two grown up children and four grandchildren. He has lived in Felixstowe for the last ten years. Until his retirement in 2013 he was the local Policing Commander for Felixstowe and Woodbridge. He consistently exceeded all performance targets which were set. Drove down crime, antisocial behaviour and improved the provision of youth activities within the area.

He oversaw the introduction of Safe Neighbourhood Teams and successfully ran a number of annual Multi-Cultural community events within Felixstowe. He maintains an active interest in developing young people and was the driving force behind the introduction Volunteer Police Cadets within Suffolk. 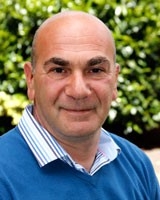