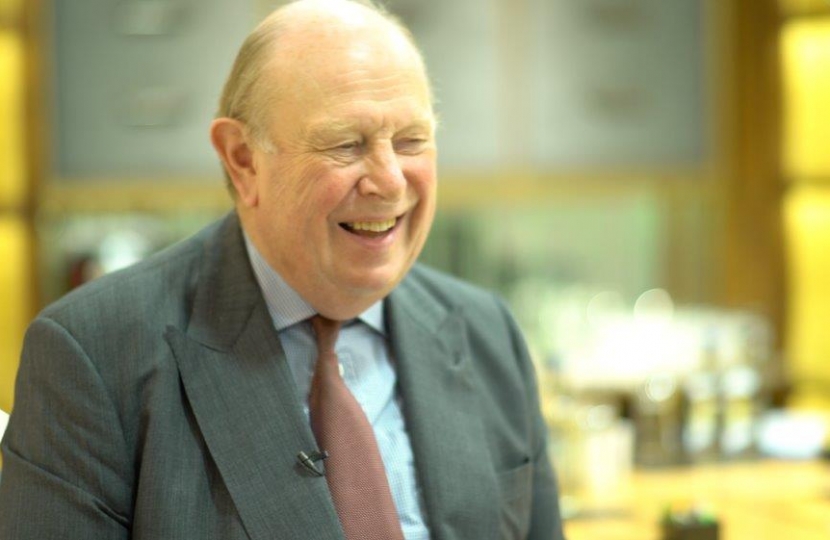 SIR MICHAEL BUNBURY was elected President of Suffolk Coastal Conservative Association at its March 2019 Annual General Meeting.  He was subsequently re-elected as President at the deferred 2020 AGM and again at the March 2021 AGM.

Sir Michael is a farmer and landowner at Rendlesham.  He has lived in the constituency, and its predecessor constituency, for over 70 years.  He has combined a career in the City of London with a deep interest in Suffolk where he has been, or currently is, involved in a number of businesses and charities, Church and parish, and farming bodies.  He served as Chairman of the Duchy of Lancaster and was appointed a Knight Commander of the Royal Victorian Order by H M The Queen.   He is a Deputy Lieutenant of Suffolk.