We’re putting together credible and deliverable policies. Policies that are in the national interests 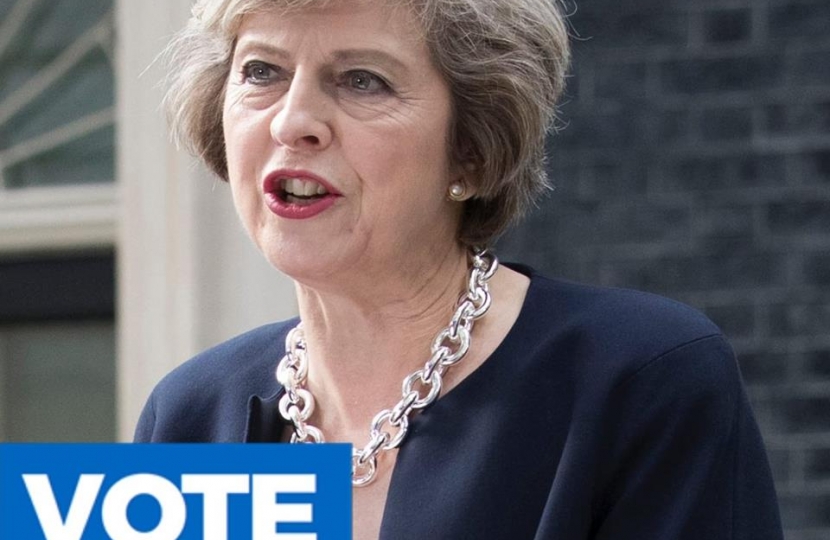 "WE’RE putting together credible and deliverable policies. Policies that are in the national interests" - an extract from a campaign speech in Harrow today by Prime Minister Theresa May, Leader of the Conservative Party.

“Thank you very much everybody. It’s great to be here in Harrow today and it’s great to be with you all this morning. As we move into the next phase of this vitally important general election campaign the local elections are now behind us and we must now focus on the critical general election and we cannot take a single thing for granted. Now we’ve certainly not taken anything for granted as regards our team because we’ve brought together a fantastic team of local candidates for London and the South East, and my message to people in London and the South East is that I need this team behind me, to be in a strong position to ensure we get the best deal for Britain from Europe. And this is the team that will be going out on the streets and taking out on those streets our positive message, which is a message of strong and stable leadership in the national interest. Of strengthening the UK’s hand in the Brexit negotiations, of building a better future.

Now yesterday, a new French President was elected. He was elected with a strong mandate which he can take as a strong position in the negotiations. The UK, we need to ensure we’ve got an equally strong mandate and an equally strong negotiating position. And if we vote for me and my team it will strengthen my hand in those Brexit negotiations. And the alternative is to risk making Jeremy Corbyn Prime Minister and just imagine try and picture him sitting at that negotiating table with the collective might of the European Commission and 27 other European countries against him. And we know as Patrick [McLoughlin] said, other parties are lining up to prop him up in a coalition of chaos. The Liberal Democrats, the Scottish nationalists and others. A vote for any other party is a vote to be a step closer to Jeremy Corbyn sitting at that Brexit negotiating table. We must not let that happen and we must in not letting that happen we can do that by winning support here in London and the south east. And we must also make sure that we point out the nonsensical policies that Jeremy Corbyn and the Labour party are putting forward, they simply don’t add up because they would wreck the economy and render all their promises totally undeliverable.

Now by contrast we’re putting together credible and deliverable policies. Policies that are in the national interests, policies like protecting workers pensions against irresponsible bosses, like capping energy prices to support working families, bringing in new mental health laws to end injustice. Those are the positive messages that you will be taking out on the streets over the next few weeks. And when I say taken out on the streets I mean taking them out on the streets. As I said, we must take absolutely nothing for granted and it is only by working flat out between now and the 8th of June that we can gain the trust of the British people and gain the support of the British people. And we must go out there, leave no stone unturned, no street un-walked down, no door un-knocked on as you go out there, because every vote counts, every vote counts, because every person counts and every community counts.