Vote Conservative on 4th May for a prosperous and innovative Suffolk 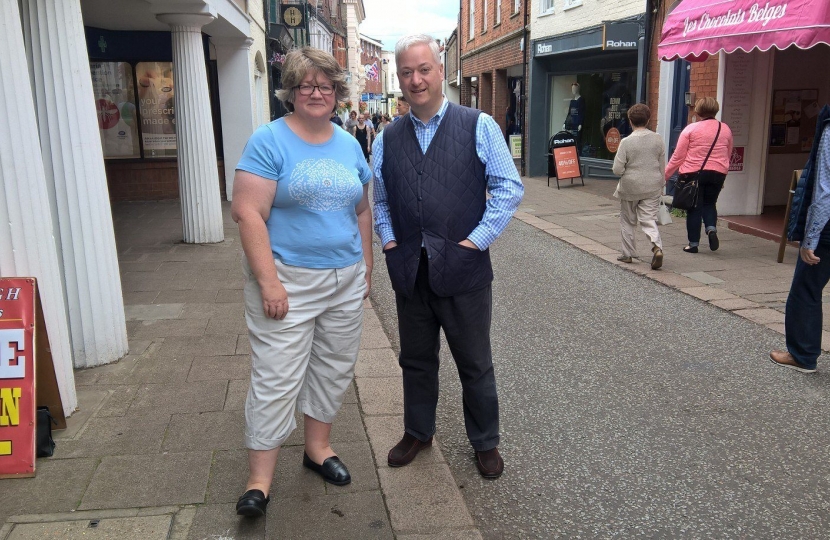 ELECTIONS vital to the future prosperity of Suffolk take place on 4th May in the quadrennial elections to the County Council.

The Conservatives regained control of the County Council in 2005, replacing the disastrous 12 year tenure of Labour and the Liberal Democrats when council tax was raised by double digits year after year.

Under the Conservatives, the basic council tax for county services has remained the same since 2010.

Conservative candidates are busy on the campaign trail, emphasising the importance of a Conservative victory and the photograph shows County Council leader Colin Noble, Vicky Ford MEP and supporters.

h  Since the last election in 2013, some of the key achievements of the Conservatives have been:

#Suffolk Schools have gone from 60% ‘Good’ or ‘Outstanding’ rating by OFSTED to an amazing 90%. This means that 9/10 children in Suffolk now have access to the highest standards of education thanks to the tireless work of Suffolk’s Conservatives. We are now ranked in the top half of all authorities in the country for GSCE results.

#In 2016 Suffolk Conservatives renewed more than 300 miles of roads across the county after an investment of an additional £10 million. We implemented an online reporting system for potholes which has seen over 70% of customers move online where they can receive updates on works, greatly decreasing the response time

#Suffolk Conservative have lived up to their pledge of freezing Council tax since the last election, meaning that the residents of Suffolk are not paying a penny more than they did in 2010. That’s a 7- year freeze! In this manifesto Suffolk Conservatives pledge to keep council tax to an absolute minimum.

#The County Council under the Conservatives has worked closely with MP's to secure two nationally significant and vitally important projects:n the Upper Orwell crossings in Ipswich and the Lake Lothing third crossing in Lowestoft.

If elected on the 4th May Suffolk Conservatives pledge to:

#Repair 1,000 miles of roads - a quarter of the county's network

#Work towards 100% of Suffolk’s Schools being ‘Good’ or ‘Outstanding.

#Create 180 apprenticeships over the next two years

Vote Conservative on 4th May.