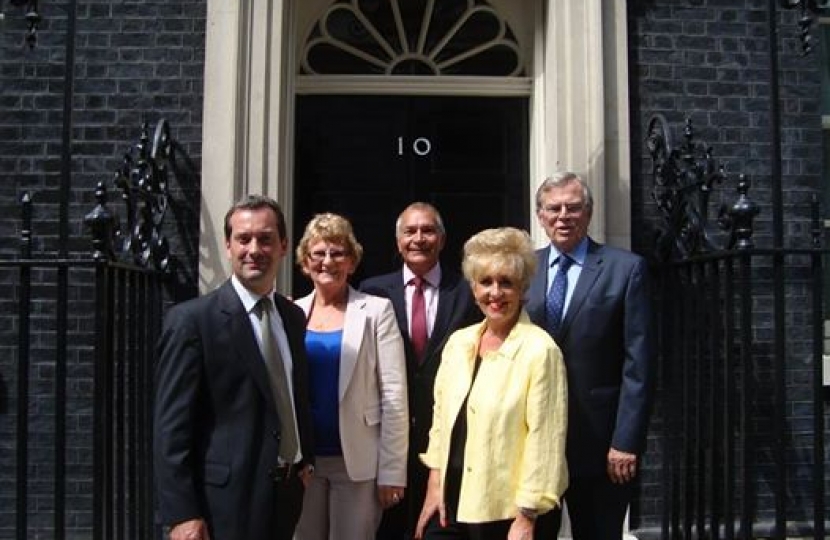 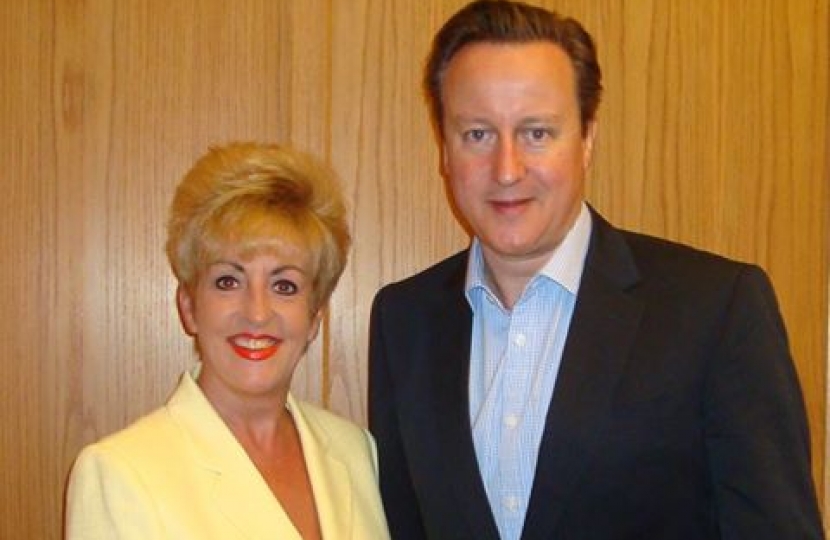 TIZ Baskerville from Bury St Edmunds and one of the leading lights of the voluntary Conservative Party in the East of England, has been re-elected a Vice-President of the National Convention.

Her re-election at the annual meeting in central London today followed an upbeat speech from David Cameron, joining in the celebrations greeting May's election of a majority Conservative government,freeing the party from the shackles of coalition government.

The annual meeting also marked the conclusion of the three-term of Hertfordshire's Emma Pidding as Chairman of the National Convention. Her inspirational leadership in marginal constituencies in all corners of Britain during the election campaign and her crucial role in both Team2015 and the 40-40 campaign was acknowledged by the Prime Minister today

On her Facebook page today, Emma writes: "A huge thank you to everyone today for making my last meeting as Chairman of the National Convention so special. I am very proud of the volunteers that I have represented, and for the part that we played in delivering a Conservative Majority Government on May 7th

"It was heartening too, to hear our work recognised today by the Prime Minister, and the Party's two Deputy Chairmen Stephen Gilbert and Rt Hon Rob Halfon MP.

"It is all about teamwork, and we have a new team now to ta...ke us forward to the challenges ahead. I know that Rob Semple will prove to be exemplary in the role as Chairman, and with Steve Bell as President, Gerry Yates, Tiz Baskerville and Andrew Sharpe as Vice Presidents, they will achieve great things for the Voluntary Party and success for the Party as a whole.

"We have a whole wealth of talent across the country, not least amongst Charles Heslop, Graham Postles, Sean Donovan-Smith and Tom H Spiller. Thank you to them in particular, for putting themselves forward for election, and commiserations on not winning through on this occasion. I know that the Party will not let their considerable talents go to waste."

"For me, I am look forward to moving on to the next chapter in my life, and for building on the phenomenon that is RoadTrip2020 with Mark Clarke and the team."