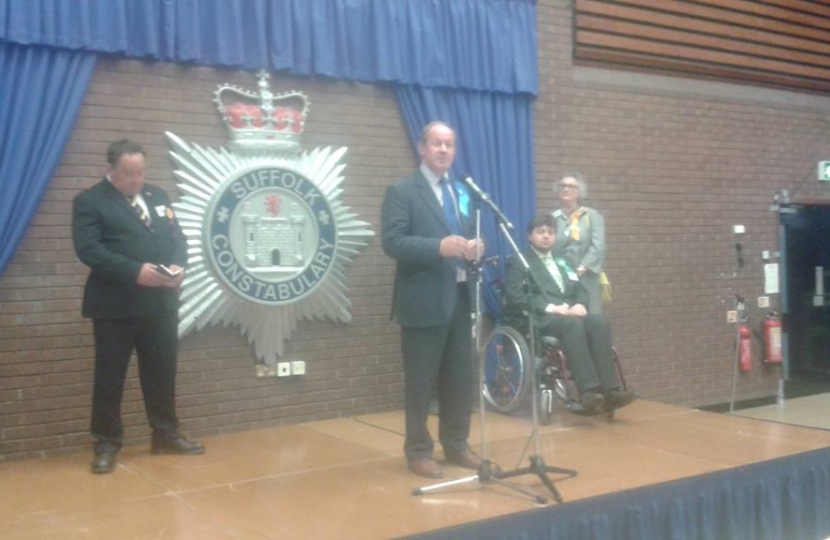 TIM Passmore has been re-elected Suffolk's Police and Crime Commissioner with a massive increase in his majority.

The Conservative candidate saw his majority jump from 1,941 to 26,462, when the final result was declared at Martlesham Police Headquarters in Suffolk Coastal constituency.

The Green, Liberal Democrat and UKIP candidates were eliminated after the first round count, and when second preference votes were distributed between the top two candidates Conservative Tim Passmore and Labour, Tim's achieved a vote share of 62.06%, compared with 54.7% in 2012. The turnout was 24.47%