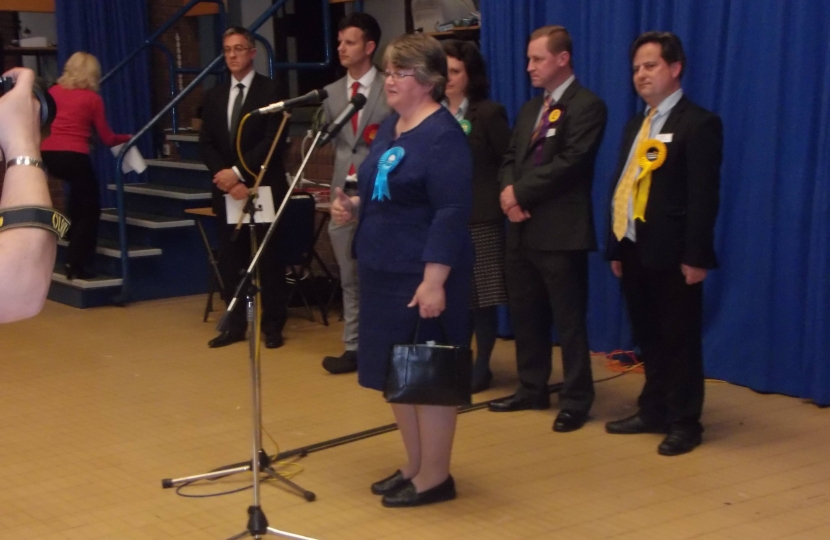 The result - which contributed to the election of a Conservative government headed by David Cameron - was declared shortly after 6:30 this morning after an all-night count at Suffolk Constabulary's headquarters at Martlesham Heath.

It is the largest majority in the constituency since its boundaries were redrawn in 1997. The seat includes Felixstowe, the Trimleys, Purdis Heath, Martlesham Heath, Woodbridge, Aldeburgh, Saxmundham, Yoxford, and Leiston as well as Southwold, Wrentham and Halesworth in Waveney district.

Details of the result:

Conservative Party constituency Chairman Graham Dines said: "Therese has been an excellent MP since being elected in 2010 and has been rewarded with a thumping majority.

"I couldn't be more delighted and I would like to thank all our volunteers who helped achieve this remarkable result."