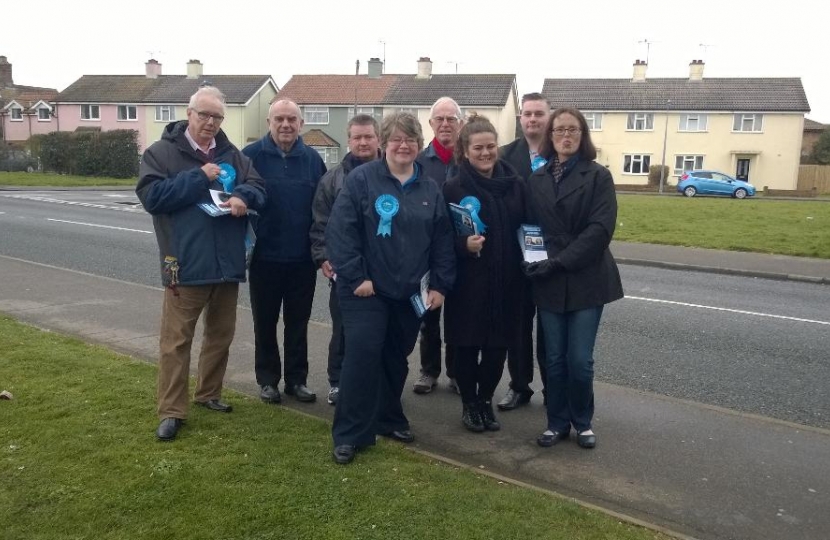 PARLIAMENT is dissolved tomorrow, marking the official start of the General Election campaign.

Suffolk Coastal's Conservative Party activists have been out and about for months, talking to voters in the high streets and on the doorsteps from Southwold to Trimley St Mary, Halesworth to Nacton, Peasenhall to Martlesham.

In addition to the General Election, May 7 will also be polling day for Suffolk Coastal District Council, the political Town Councils in Leiston, Woodbridge and Felixstowe, and scores of Parish Councils

On Saturday, a team hit of campaignerscanvassed residents in Grange Farm Avenue and roads leading off it in the marginal Felixstowe West ward. They were joined by Dr Therese Coffey, MP for Suffolk Coastal since 2010, who later led volunteers helping in the campaign to re-elect Ben Gummer in Ipswich.

"The response was excellent," reported constituency Chairman Graham Dines. "Felixstowe West is crucial to the campaign to re-elect Therese and to keep the District Council in the safe hands of the Conservative Party. In Stuart Bird and Tracey Green, we have excellent candidates for Felixstowe West."