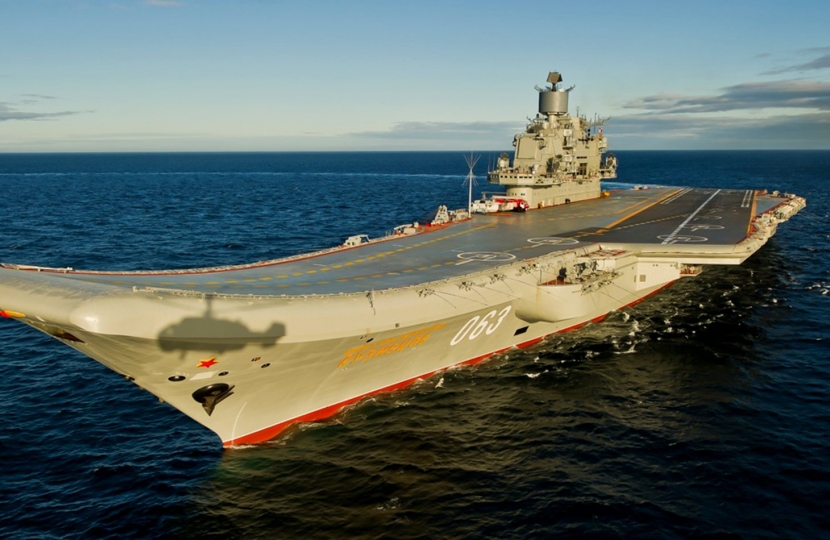 IF you see the Russian fleet, headed by its only aircraft carrier, sailing just off the Suffolk coast, don't be alarmed.

The fleet is heading for Tartus in Syria, Russia's only deep sea port in the Mediterranean. Once there, the naval units will support the armed forces of its major Middle East ally Bashar al-Assad as they pound the life out of Aleppo.

But instead of sailing south of Iceland and deep into the Atlantic, the Russians are almost certain to pass through the Dover Straits and the ships are likely to be visible off the Suffolk coast from Southwold to Felixstowe as they weave their way through the off-shore windfarms and oil rigs.

The Royal Navy is alert to the arrival of Russia's finest, headed by its flaghip and will shadow the fleet as it journeys south.

Russia Today this weekend reported that Russia’s only aircraft carrier, the Admiral Kuznetsov, left the port of Severomorsk at 3:00pm Moscow time (12pm GMT) on Saturday for the eastern Mediterranean. The carrier is escorted by the battle cruiser Pyotr Velikiy Peter the Great, the anti-submarine vessel Severomorsk, and five other vessels of Russia’s Northern fleet.

After exercises in the North Sea, including the firing of live missiles and practice bombing north of Scotland, Russia plans to sail its fleet of warships along the British coast as it makes it way to Syria.

The Royal Navy has readied HMS Duncan, a Type 45 destroyer, and HMS Richmond, a Type 23 frigate, to intercept the Russian vessels should they approach British waters. An RAF Rivet Joint spy plane, C130 Hercules and Typhoon jets will also reportedly be on standby.

Photo credit: Ministry of Defence of the Russian Federation http://eng.mil.ru/en/index.htm