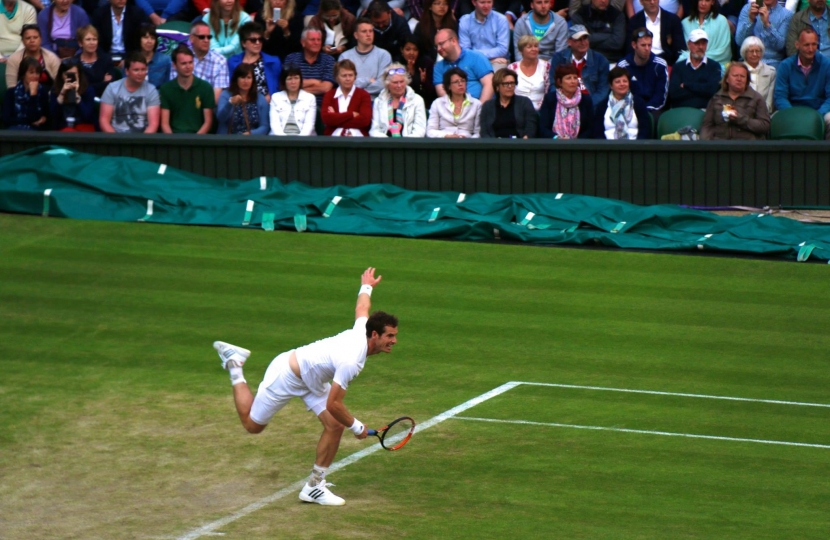 IT was a great pity to watch Andy Murray crash out of Wimbledon earlier this afternoon, without even winning a set. Perhaps our hopes blinded us to the quality of his opponent and Murray can take some small comfort in the knowledge that Rafa Nadal suffered a similar fate yesterday.

But from out of  Murray’s defeat came a silver lining – we won’t have to suffer Scotland’s First Minister Alex Salmond waving the saltire on Men’s Finals Day this Sunday. Last year, this same nonsense annoyed not just the crowd but also Murray, who slammed it for the being in the worst possible taste.

Salmond can’t get it into his head that if you’re Scottish, you’re British. And Murray and other sporting stars – including Sir Chris Hoy and Sir Alex Ferguson – deeply appreciate the support they receive from all over the United Kingdom.

If we had been a Disunited Kingdom last year, would the Wimbledon crowd taken Murray to their hearts? Of course not. He would have been seen as just another overseas player. But that’s what Salmond wants – a second-rate Scotland where he can laud it over grouse moors. After all, the Scotland football team achieves nothing and never will, unless one day we have a Great Britain team.

I’m not looking forward to the Commonwealth Games in Glasgow later this month, where the Home Nations are allowed to compete as four separate teams. Every time a Scot wins, Salmond will portray it as a victory for an Independent Scotland.

Rubbish. To my mind it will be like the 1936 Olympic Games in Berlin, it will be turned into a racist xenophobic disgrace. Scotland and its people are better than that.