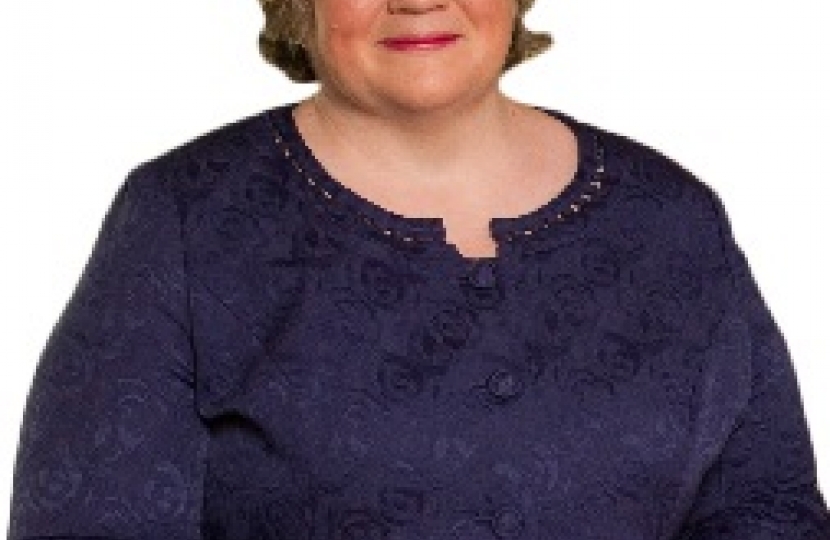 "I was alerted by Councillor Stuart Bird of the ongoing problems with the Orwell Housing site in Philip Avenue in Felixstowe, so we visited it just as the big rain started this weekend. It was very alarming to see how perilous the situation was and it did beg the question on how approval was granted in the first place. I am following up with the Housing Association directly as activity seems to have stalled somewhat and I understand that it is causing distress to neighbours.

Like most weeks in Parliament, I had another opportunity to discuss rail for Suffolk. I met Network Rail to talk through the New Anglia Route Study, which sets out proposals for the period starting in 2019. It is a long way to go till then but these decisions get finalised in 2015 so that the work can start. Anyone who had a train set as a child will remember how it can start to get complex rather quickly as you start to add in a bit more track or increase the number of trains. Clearly fixing the main line is important to me as are the improvements on the freight lines to the Midlands. We discussed at length the situation with freight trains on the main line. Some of it is historic but we need to reduce the chances for disruption to passenger trains. I will be pushing too for half-hourly trains to Felixstowe which will be made possible by the loops to be built in the next few years. Increasing the service to Woodbridge and beyond to half-hourly becomes very complicated but we can but try.

I hosted a dinner with the Suffolk Chamber of Commerce on the broader transport issues with the Secretary of State, Patrick McLoughlin. It was a good chance to discuss the 4 ways of travelling in, around and above our county. There are projects underway or will be given the green light shortly which will help our county but it is always good to reinforce our case with Cabinet members.

Open Farm Sunday 2015 was formally launched in Parliament this week. Suffolk has so much agriculture but how many of us have set foot on a farm since a school visit? Next year it will be on June 7th and you can find out more online at www.farmsunday.org

One of the defining features of Suffolk Coastal is its fragile coastline. I organised a meeting between the Bawdsey to Shingle Street partnership and the Environment Agency to discuss the latest happenings on the shoreline. There is no doubt that the forces of nature are somewhat unpredictable but it is good to have the community working with the Environment Agency on future strategy. The Deben Estuary Plan is a good example though I know some residents are concerned about some recommendations. Please do have your say through the consultation which can be accessed online at www.debenestuarypartnership.co.uk.

In Parliament this week, we are discussing the Recall Bill again. I am not expecting any further changes but it will have fulfilled a manifesto commitment and I am happy to support it, even if it could have gone further. We also finish business on Pension Schemes and will be passing laws to help the police on terrorism issue. I am also meeting the leadership of AET, who sponsor Felixstowe Academy. I hope we can continue to make progress on improving attainment at the school."