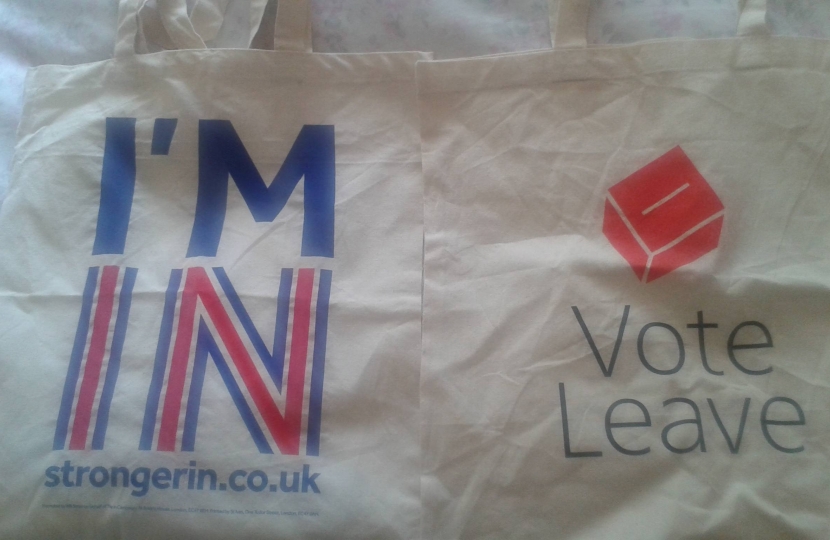 CAMPAIGNING has resumed for the 23 June nationwide referendum on the United Kingdom's membership of the European Union.

Both sides of the cross party campaign agreed to suspend activities as a mark of respect to murdered Labour MP Jo Cox, who was killed in her West Yorkshire constituency on Thursday afternoon.

The Conservative Party has taken a neutral position on the referendum, which means members and constituency officers are free to campaign on whichever side their conscience dictates. As a result Suffolk Coastal Conservative Association has neither voted on nor publicly declared support for either the Remain or Leave campaigns.

The referendum is being held as a result of a promise to the British people following a renegotiation of the UK's terms of membership of the EU.

Page 72 of the Conservative Party's manifesto for the 2015 Genereal Election stated: “The European Union needs to change. And it is time for the British people – not politicians – to have their say. Only the Conservative Party will deliver real change and real choice on Europe, with an in-out referendum by the end of 2017.

“We believe in letting the people decide: so we will hold an in-out referendum on our membership of the EU before then end of 2017.”

The referendum will be overseen by the impartial, non party political Electoral Commission and the Chief Counting Officer – who will announce the result – will be the Commission's chairman Jenny Watson.

Polls open at 7am on 23rd June and close at 10pm. Counts will get under way at 382 local centres around the UK. In England, as happened in the 2011 referendum on changing the voting system, the 326 metropolitan, unitary, shire, and London borough districts have been designated local voting areas (LVAs). In Scotland, the 32 council authority areas and in Wales the 22 council districts, will be LVAs. Northern Ireland will be a single voting and national count area and Gibraltar will be a single voting area of the South West region.

LVA results will be declared as the counts are completed before being collated at 12 national count regional centres, which will also declare the totals for each side in those regions. The East of England's regional centre will be Chelmsford.

There will be a rolling total so the time at which one side reaches the point of being mathematically unbeatable depends on how quickly the votes are counted and how close the results are running. The national counting centre will be established at Manchester Town Hall, where the final result will be announced by Jenny Watson.