A country that works for everyone 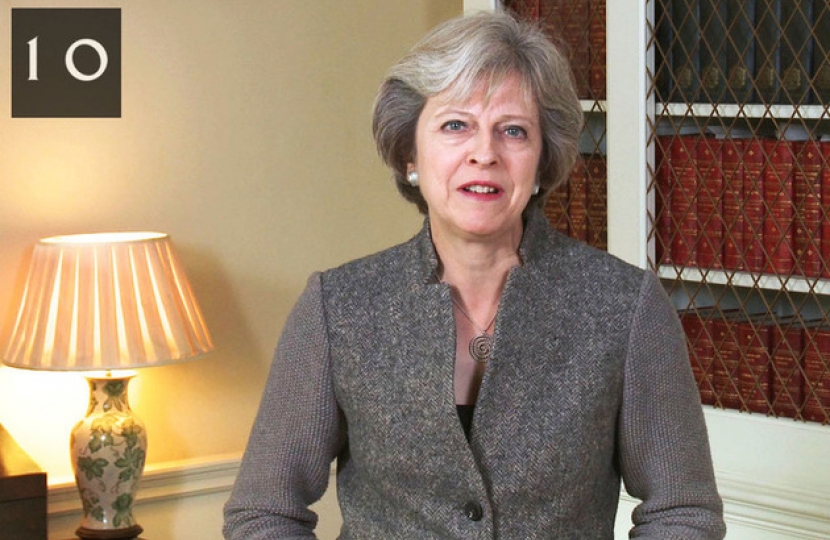 Today I set out details of my vision of a country that works for everyone.

The referendum result in June was not just a vote to leave the EU - it was about something much broader. It was about a deep, justified sense that for many people the world works well for a privileged few but not for them.

Our society should work for everyone, but if you can’t afford to get onto the property ladder, or your child is stuck in a bad school, it doesn’t feel like it’s working for you.

Our economy should work for everyone, but if your pay has stagnated for several years in a row and fixed items of spending keep going up, it doesn’t feel like it’s working for you.

Our democracy should work for everyone, but if you’ve been trying to say things need to change for years and your complaints fall on deaf ears, it doesn’t feel like it’s working for you.

We’ve achieved a lot over the last six years to tackle this: the deficit down, more people into work than ever before, the lowest paid taken out of income tax, a new National Living Wage, one and a half million more children in good or outstanding schools, 3 million new apprenticeships.

But more still needs to be done to put government at the service of ordinary working class people – focusing on the good that government can do.

While Labour remain divided and divisive, completely out of touch with the concerns of ordinary families, it is only our party who can make these changes happen. Political visions are not enough on their own - you need to put the hours and the effort in too. But if you do, great things can happen and great changes can occur. Let's rise to this moment together.

Thank you for your support,

#The speech in full can be read on the Conservative Party's Press Office website: http://press.conservatives.com/