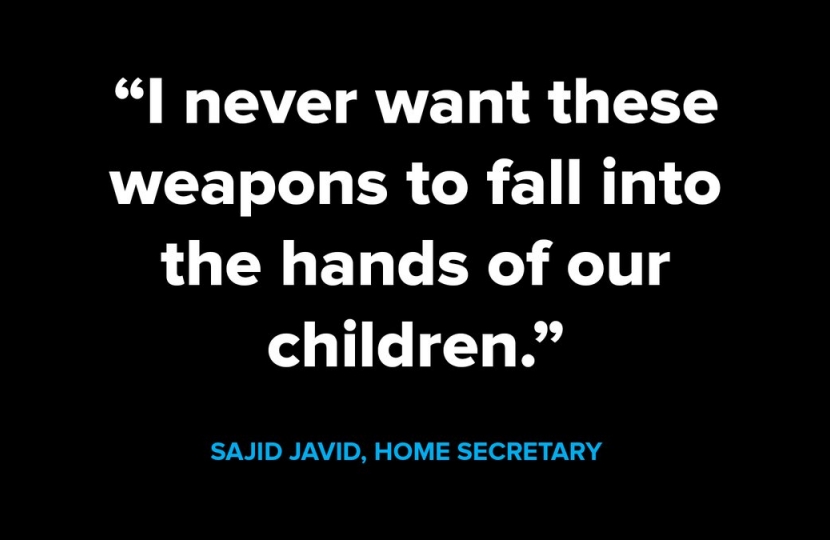 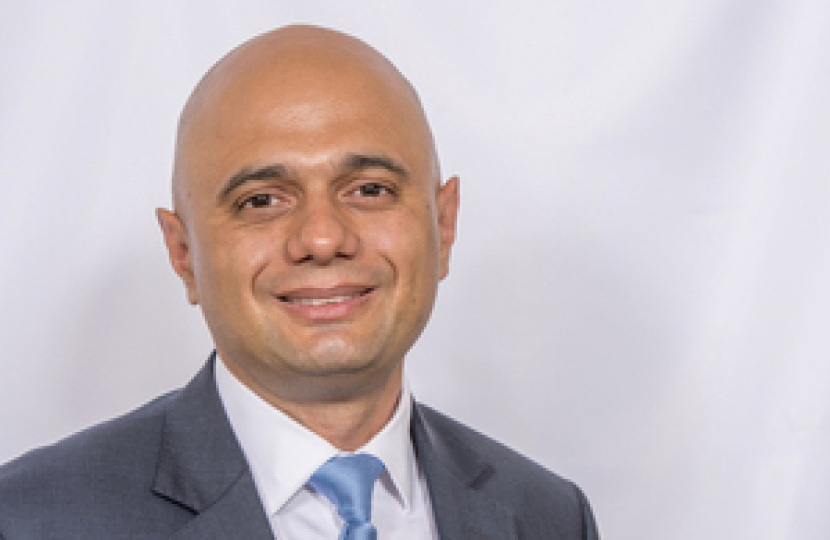 When law, the Offensive Weapons Bill will make it harder for young people to buy knives and acid online with sellers requiring rigorous age verification to prove those purchasing knives or corrosives are over 18. Failure to do so will leave them liable for prosecution.

The Bill will also ban possession of weapons such as zombie knives, knuckle dusters and death stars both in public and private. Those who do will be forced to hand them in.

As part of the new legislation the Home Secretary made it clear his support to police officers, with measures in the Bill ensuring that the police have the powers to seize illegal weapons whenever they are found.

Sajid Javid said: "It is totally wrong that young people are able to get their hands on dangerous weapons such as knives and harmful acids. That is why we are making the laws around this even tighter. Earlier this week I saw the great work our front line officers do to keep our communities safe – and I am determined to do everything I can to help them keep weapons off our streets."

The Bill is part of the Government’s response to the recent rise in serious violence and places a new focus on early intervention alongside robust law enforcement. Existing offences of possessing a bladed article or offensive weapon on school premises will be extended to cover further education premises in England, Wales and Northern Ireland.

The full measures of the Offensive Weapons Bill are: