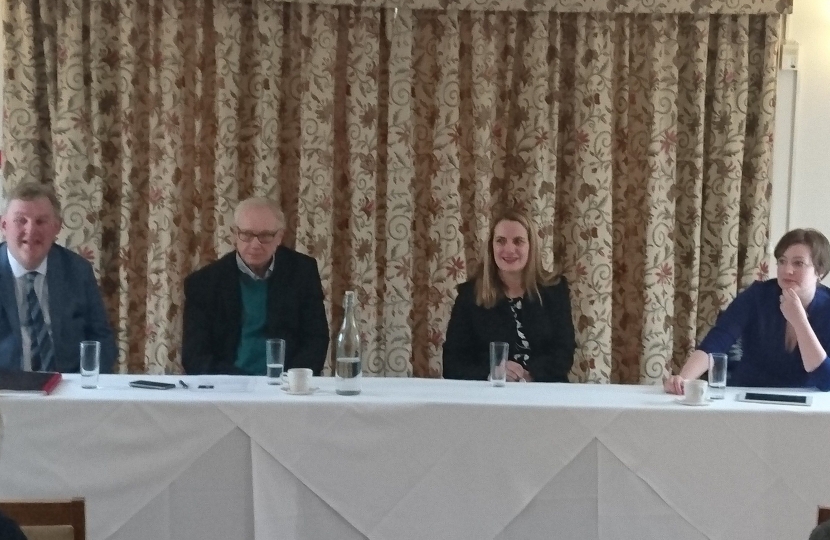 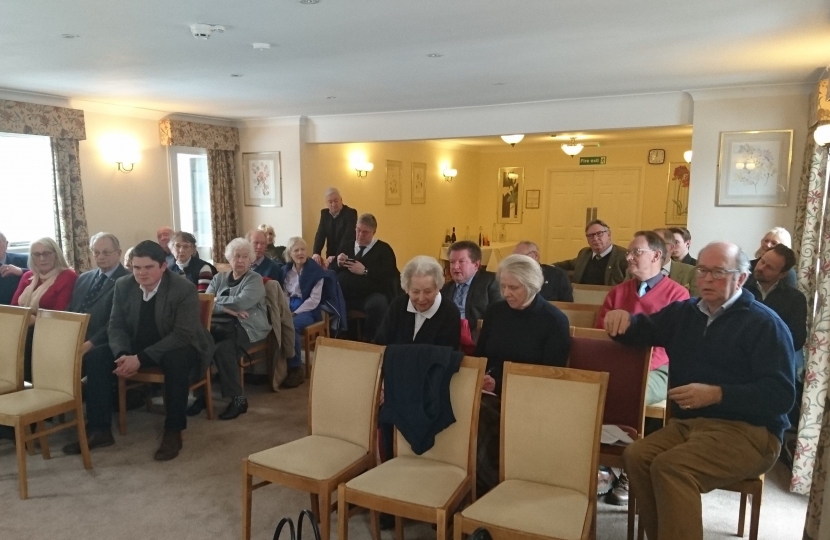 Despite the continuing bad weather, our three speakers made the journey from London to join a discussion on how the Conservative Party can make itself relevant to that core group of 40s - the post graduates aged from 22 to 40 who seem alienated by politics and politicians. and who live their lives on social media

Speakers were  Oliver Colville, who was MP for Plymouth Sutton and Devonport from 2010 to 2017 and who from 1996 has run a communications business specialising in handling community consultation for major regeneration projects; Virginia Crosbie, director of Women2Win, the Conservative Party's group encouraging more women into taking part in politics, who is responsible for training, supporting and mentoring women on the Parliamentary candidates' list, specialising on policy, public speaking and digital media and who contested Rhondda at the 2017 General Election; and Ruth Davis, head of cyber security at BT in London and who contested Ceredigion in 2017.

The panellists were joined in discussion by Dr Therese Coffey, MP for Suffolk Coastal. The day was chaired by Constituency Association Chairman Graham Dines. Booked speaker George Freeman, MP for Mid Norfolk and CPF national chairman, was unable to attend.